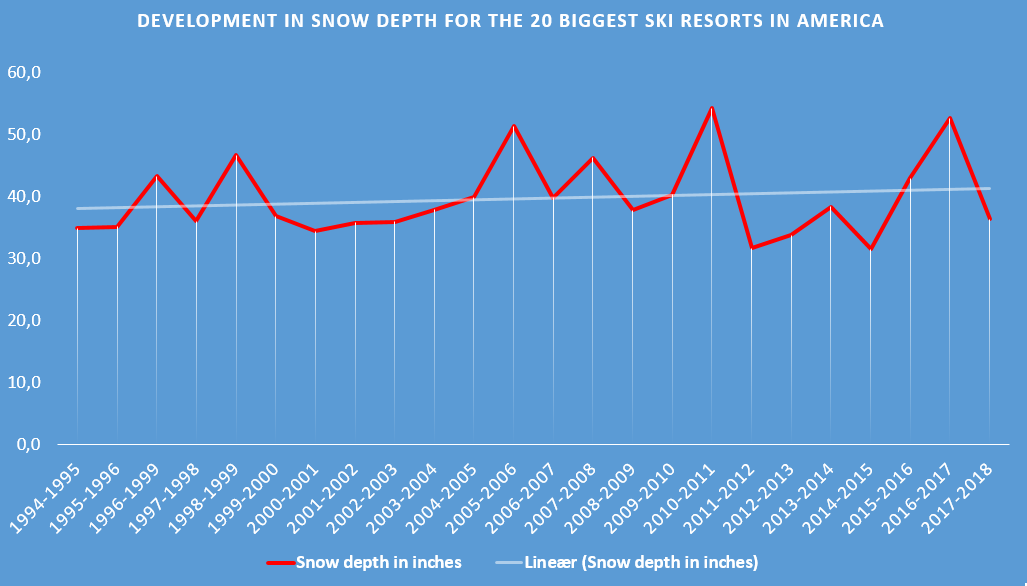 Skiing is not only a sport loved by many, but it is also an economic sustainer for winter sports lovers and indeed the economy.
Recently, there has been a lot of talk and debate about the effects of climate change on the rate of snowfall at the American ski resorts with most pundits suggesting that ski resorts around the country may well be on short leashes, given the unpredictability of consequent snow seasons.

The American ski resorts serve as more than just a sport for ski enthusiasts. It is more than just another recreational activity as entire communities thrive on skiing mountains at their backyards to keep their thriving micro-economies at a high. Some of these communities exist as a result of the ski platforms around them and more and more of these communities are beginning to display certain levels of uncertainty with regards the future of skiing and their futures as well.

The American ski industry has over 500 Ski resorts and generates more than 3 billion dollars with an employment capacity of over 71,000 people nationwide as direct result of winter activities at ski resorts.
To large extents, we can understand why there are allaying fears as to the effects of global warming on the skiing industry.

Recently, there has been a lot of talk and debate about the effects of climate change on the rate of snowfall at the American ski resorts with most pundits suggesting that ski resorts around the country may well be on short leashes, given the unpredictability of consequent snow seasons. Some reports have gone further to suggest that melting glaciers, unpredictable weather patterns and warmer winters will eventually result in less snow depth, which implies shorter ski days, turning a billion-dollar industry in a frantic search for new options. But how correct is this assertion?
According to Jacob Elsborg Larsen, owner of Ski-resort statistics, a reliable ski resort resource that follows snow history and the developments in snowfall and snow depths for all American ski resorts has this to say: “looking at the developments in snowfall and depths in the last 20 years, the tendency shows that the snowfall varies from year to year.”

Is the snow rate of the American ski resort showing signs of an apocalypse of a sector that injects about 3 billion dollars to the US economy annually? Pundits may disagree, but “there is a lot of talk and debate about whether climate change has affected snowfall at the American ski resorts. However, when we look at our data, we cannot see a clear tendency in less snowfall or shorter seasons.” says Jacob Elsborg Larsen, owner of Ski Resorts Statistics in a cheering submission for ski lovers.
In fact, contrary to the 2018 snowfall prediction, Ski Resort Statistics didn’t see snowfall doing any worse as everything appears normal and ski resorts will enjoy a full season. The report is corroborated by another 2018 ski industry report which recorded a consistent growth of 1.5% between 2013 and 2018.

Now the question, “Has climate change given less snow and shorter ski seasons?

there is a lot of talk and debate about whether climate change has affected snowfall at the American ski resorts. However, when we look at our data, we cannot see a clear tendency in less snowfall or shorter seasons, says Jacob Elsborg Larsen, owner of Ski Resorts Statistics. “At Ski-resort-stats.com we follow extensive developments in snowfall and snow depths for all American ski resorts in a bid to track down the effects of global warming on the skiing industry.“

Ski resorts statistics for 2018 show stability. It indicates there is no need to panic because the pattern drawn from data from world’s ski resorts in the last 25 years shows no less snowfall this year. While Jacob Elsborg Larsen is positive about the industry surviving the 2018 snowfall climate change prediction, he is excited to see what data in the coming years would present as climate change persists.

However, this does not mean that climate change does not affect the ski resorts, as the issue of global warming tends to affect us all one way or another.
A researcher at Oregon State University in a study warns that climate change is making winter warmer and shorter. He found that America’s snowpack has declined with about 30% in the past century. This is not the first time predictions about changing fortunes of ski resorts would be heard. In 2016, a study from the University of Colorado predicted a cut in ski resorts by 50% by 2050 with the hardest hit in the Pacific Northwest, Southwest, and Upper Midwest.

Contrary to popular belief, American ski resorts have not changed as a direct effect of climate change. As a matter of fact, most ski resorts have in recent years been experiencing more snow than in previous years. And we have taken the liberty of gathering data to prove our stance.
Below are charts buttressing these points even further: 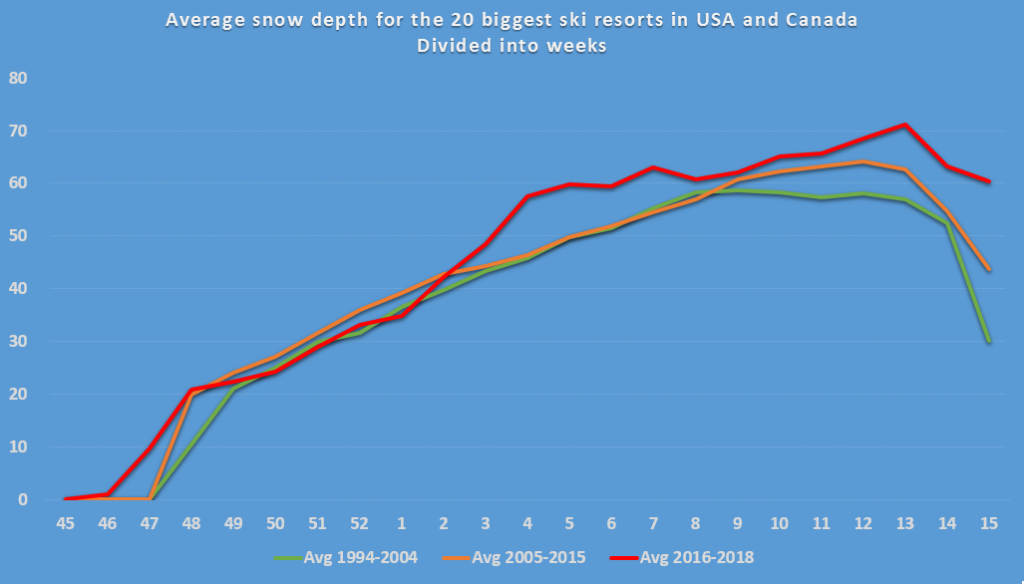 How is this even possible, you might ask. It makes logical sense to believe that global warming, which means in all simplicity, a hotter planet ought to cause ice to melt and thus shorter ski seasons and shallower depths of snow, but it’s much more complicated than that.
While global warming is all they say it is and hotter, it also causes more intense rains and snowstorms in the United States. A typical example of one of these many intense snowstorms would be that of January 2016 which literally crippled a large chunk of the Mid-Atlantic region and the Northeast. Further studies suggest torrential rainfall in areas such as Houston during hurricane Harvey.

Global warming causes a rise in the temperature of the air, and nothing holds moisture like hot air. This situation leads to heavier precipitation which comes down as snow or rain which could be largely attributed to the moisture available to the storms, and the geographical location in question. This also means that more of the precipitation of a region is more likely to fall during heavy storms and not light storms.
This obviously implies the direct opposite of popular belief today, as global warming seems to not affect the American skiing community. At least not directly.

Looking at the developments in snowfall and depths over the last two decades, there are noticeable variations in the rate of snowfall from year to year” says Jacob Elsborg Larsen, owner of Ski Resorts Statistics.
As it stands, it looks like winter sports enthusiasts and industry watchers will continue to enjoy the good skiing season and watch development in the coming days following Jacob Elsborg Larsen position on whether climate change would affect ski resorts or not.
With ongoing global efforts on climate change reversal, one expects a reprieve in the devastating effects of global warming on American ski resorts.

For now, there is still a lot of snow and no shorter season as envisaged at the American ski resorts!

The snow depth in the article is based on obsessions from the 20 largest ski resorts in usa and canada.
– Including, among others: Vail, Whistler, Beaver Creek, Breckenbridge, Heavenly, Park City, Stowe, Crested Butte and others.

If you have any questions or comments, feel free to contact Ski Resort Statistics at info@ski-resort-stats.com 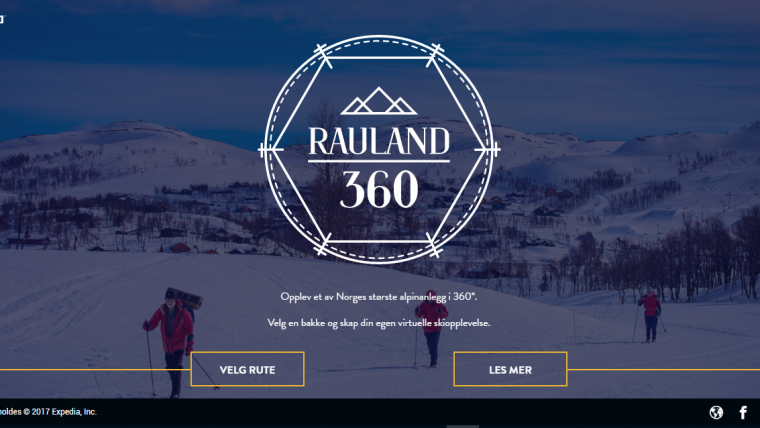 Go skiing with virtual reality 360-degree tour down the slopes 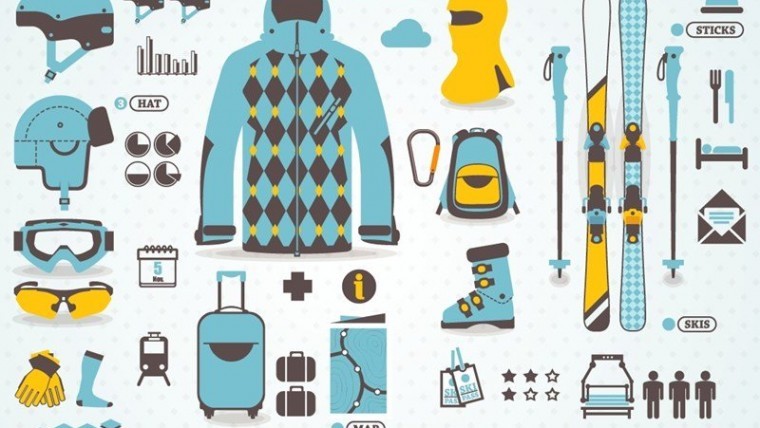